I heard that the Ironman Triathlon competition was being held in nearby Tempe today, so I had to have a look.

I remember watching highlights from the Ironman in Hawaii on ABC’s Wide World of Sports when I was a kid. The graphic images stick with me today of people crossing the finish line and having virtually no control over their muscles after a day of grueling exercise consisting of a 2-mile swim followed by a 112-mile bike ride, followed by a 26.2 run (i.e. marathon). Today I witnessed it in person.

The Tempe course is great for spectators because you can see the athletes at numerous points in their journey, such as the start and end of the swim and bike ride, plus the run portion at the 4-, 12- and 26 mile points. Hat’s off to these amazingly driven individuals.

Here are some photos I took. Plenty more of professional quality at http://www.ironman.com. 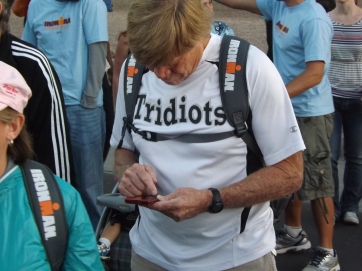 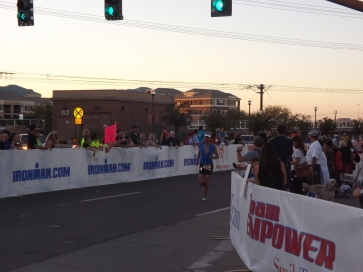 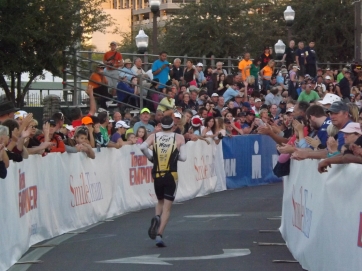 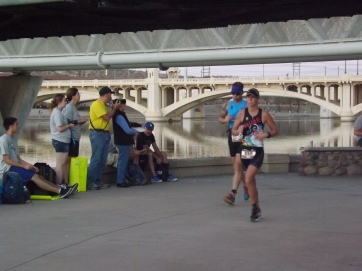 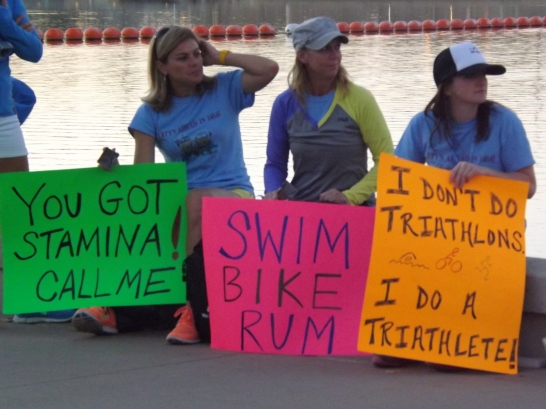 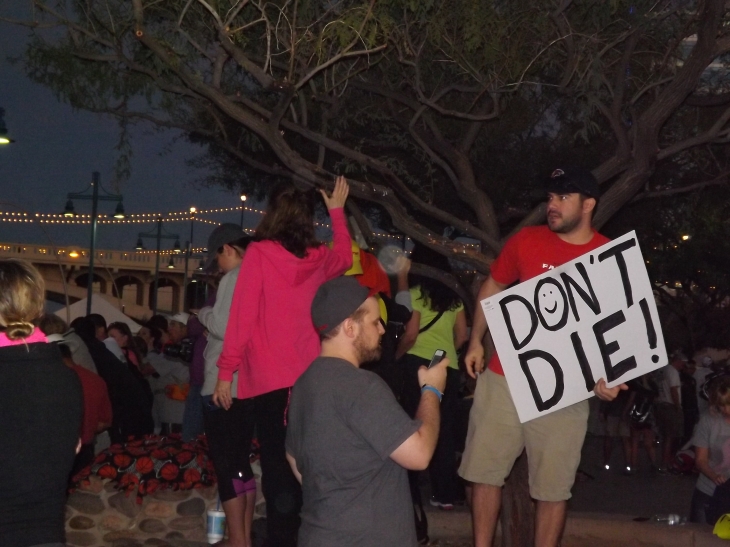 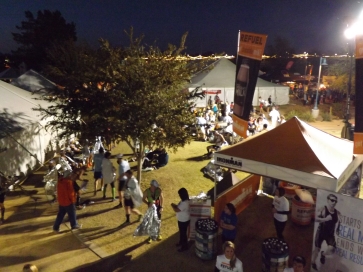 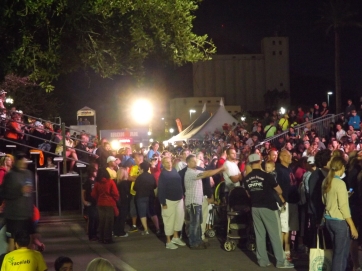 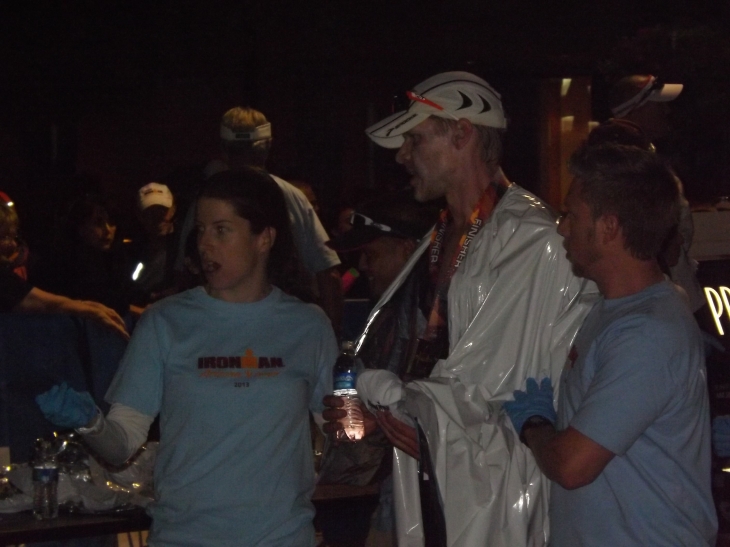 One of the things I love about living in Arizona is the virtually endless opportunities for watching baseball. One such example takes place each Spring in the town of Bisbee, not far from the Mexico border. On the south end of town sits Warren Ballpark – America’s longest continuously active baseball stadium according to local historians. The stadium opened in 1909 and has been active with baseball, football and other activities since. 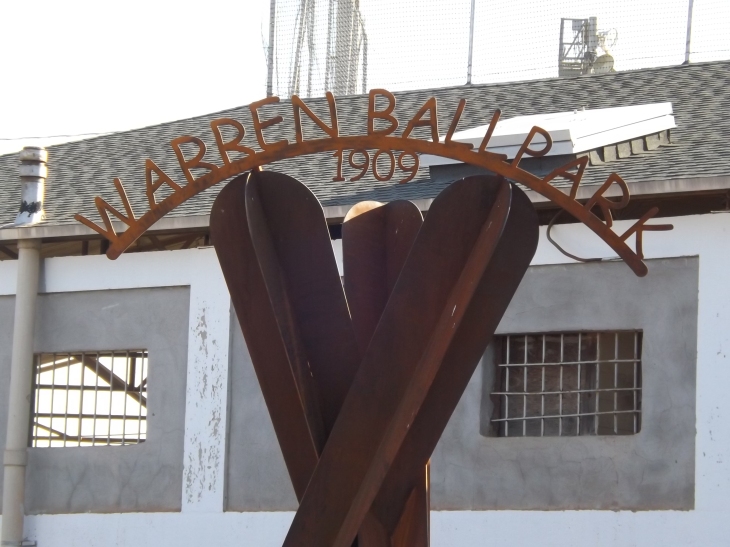 Player for Glendale, AZ vintage baseball team balances bat on his nose while awaiting the game to start. 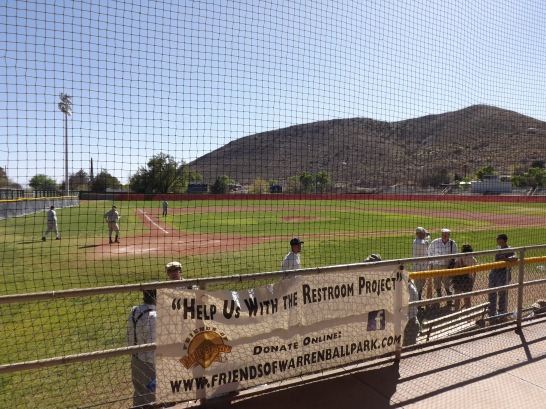 View of action on Warren Field (Bisbee, AZ) from the stands. 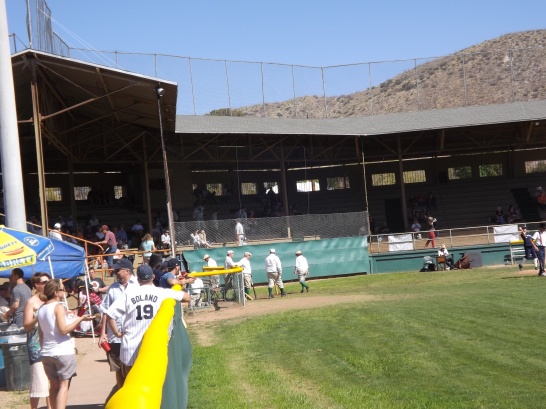 Intrigued by an article I had read in American Profile tabloid newspaper last Fall, my wife and I made a road trip to Bisbee for the 2013 Copper City Classic – a tournament of vintage “base ball” teams from around the region. They don vintage uniforms and play by the old rules: under-handed pitching, no balls or strikes, ball caught on one hop is an out, and so on.

I wouldn’t say these guys (and a few gals) are stellar athletes, but they are good sports. The players range in age from teens to sixties. Important to them is respect for each other and, more importantly, the game. Scoring appears to be second to having fun in their order of priorities. The announcer livens things up by getting a little animated with the players’ nicknames and applying an appropriate amount of jeering to certain players when necessary. And the community will benefit from the modest amount of money raised to help improve the stadium.

On the second to the last Saturday of the 2013 MLB Spring Training season I had a unique and unexpected baseball experience. My plan was to go to the Brewers – Angels game at Diablo Stadium in Tempe. I was solo and didn’t really care where I sat, so I didn’t bother buying a ticket in advance. Bad decision, good outcome.

Ordinarily you can buy general admission tickets to sit in the outfield lawn for $8.  By the time I arrived, the stadium was completely sold out and scalpers were asking $50 a ticket, so I decided to pass. Shortly after I jumped in my truck and began to pull away, I noticed some guys in uniform on a nearby field.

Since I had no other plans that afternoon, I did a u-turn and returned my truck to the parking spot then walked over to the field. When I got close enough, I could see that the two teams were wearing the uniforms of the Brewers and Angels.

After taking a seat in the second row of the bleacher I asked a woman, who was there with her three young kids, if she knew anyone playing. She did. Her husband was playing third base for the Angels. I then found out he’s on the AA farm team in Arkansas where he’ll be heading for summer ball. He was drafted from the Dominican Republic I would find out.

To my right about eight feet away was the bench where the coaches sit. A few paces beyond that was the opening to the dugout. One of the coaches appeared to be in his 60s and communicated equally effectively with both his English and Spanish speaking players.

So here I was sitting practically in the midst of the visiting team, able to hear and see every interaction between the players and coaches. It wasn’t much different than the dugout experience I remember from high school.

Other than the fact that the Brewers won with two home runs and three RBI (that I witnessed), I couldn’t tell you the story line of the game. Oh, and the Angels’ third baseman from the DR flied out twice.