I had a free weekend in mid-January 2014, so my oldest daughter and I took to Arizona’s open roads and checked the Apache Trail off our Arizona Bucket List. The roughly 5-hour loop begins just north of the town of Apache Junction on the eastern edge of Phoenix metro. Most of the drive consists of fairly navigable two-lane blacktop. It’s the 25 or so miles of dusty, washboard road that will keep me from rushing back.

Prior to moving to Phoenix in 2012, I spent 17 years in the Denver – Boulder area of Colorado and did plenty of driving in the Rocky Mountains. So, I am fairly adept at handling steep, winding roads. However, I wasn’t prepared for just how steep some of the sections on the Apache Trail would be. In particular, Fish Creek Hill requires you to ride the brakes almost non-stop as you descend over 1,500 feet in elevation in just a couple miles. Even riding in my vehicle’s lowest gear, the decline was too steep to cruise without the use of brakes. As a result, many drivers, including me, pulled off about two-thirds of the way down the hill to let the brakes cool off – and take a few pictures.

I will let the pictures below tell the rest of my story; however, if I had to name a highlight it would be the awesome splendor of Apache Lake – a Goldilocks sized reservoir sandwiched between Roosevelt and Canyon Lakes along the Salt River. At one point, we backed my truck onto a small driveway on a bluff overlooking the marina area and sat on the tailgate to chow down our picnic lunch. As we resumed the drive, I was awestruck by the towering cliffs shooting out of the glassy, narrow channel on the lake’s eastern end. The visuals ignited dreams of bringing my family back in warmer months to cruise the lake in a rental boat.

Views from the Apache Trail (click any image to enlarge): 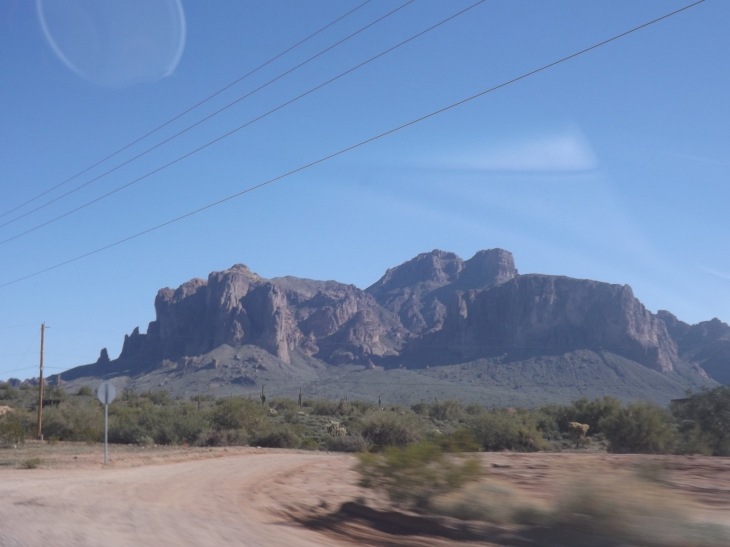 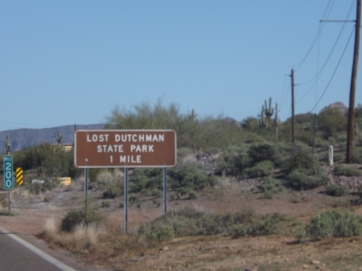 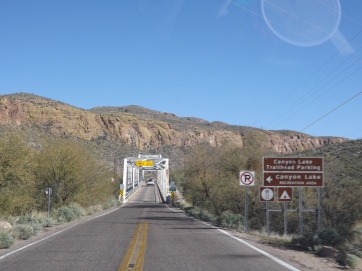 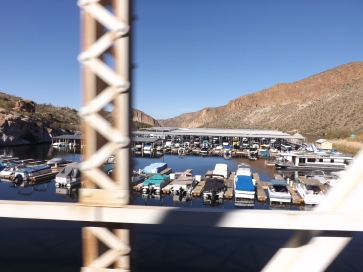 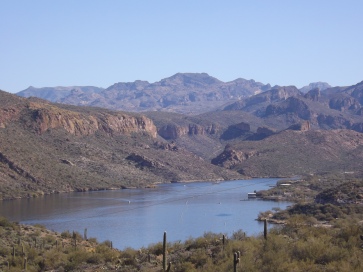 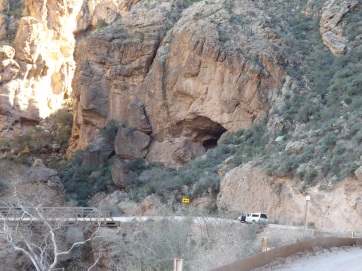 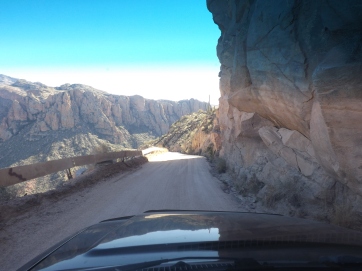 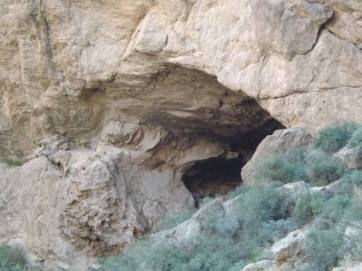 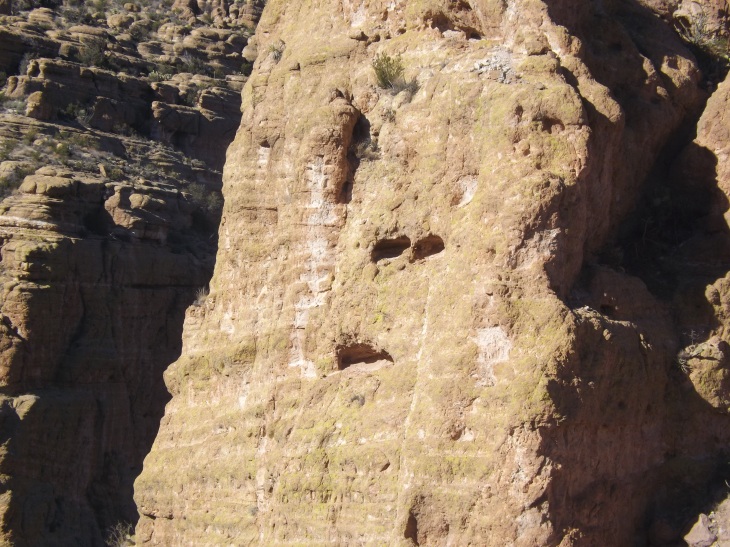 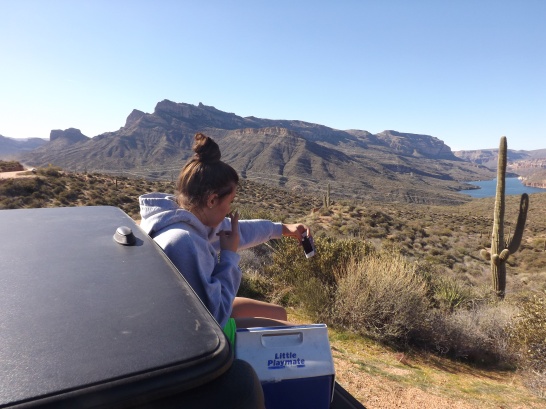 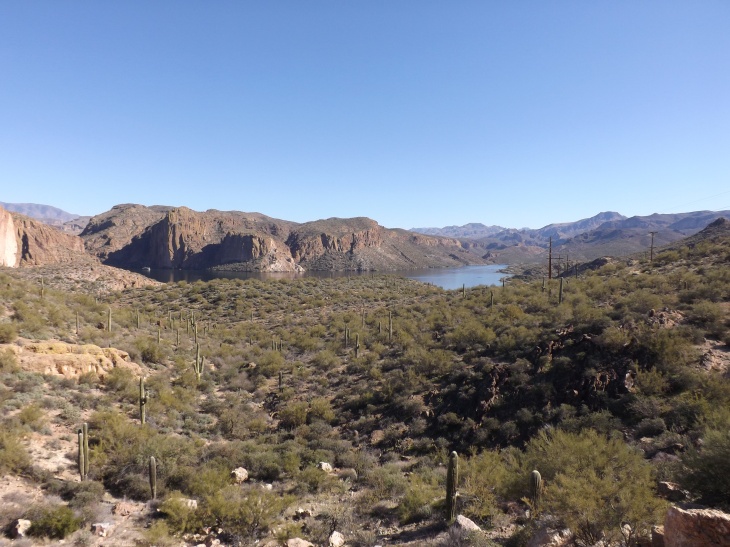 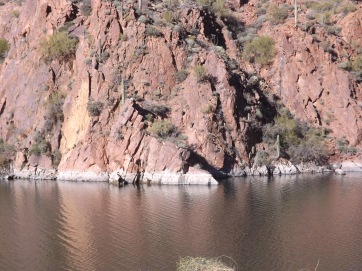 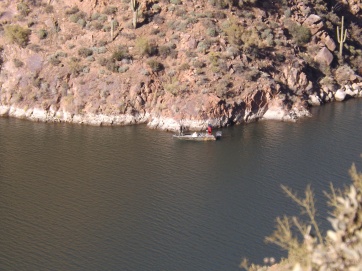 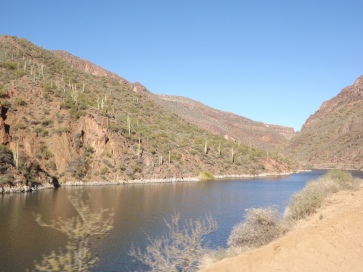 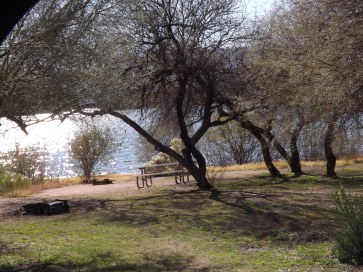 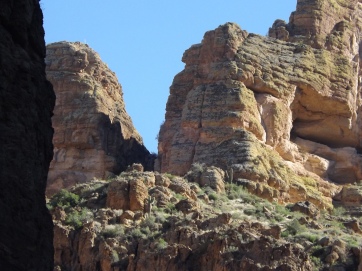 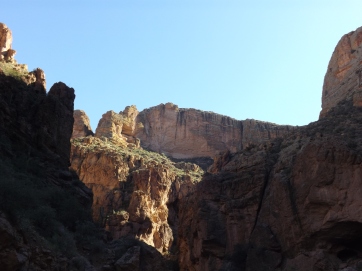 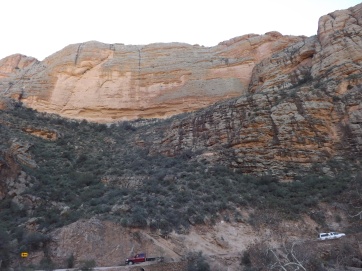 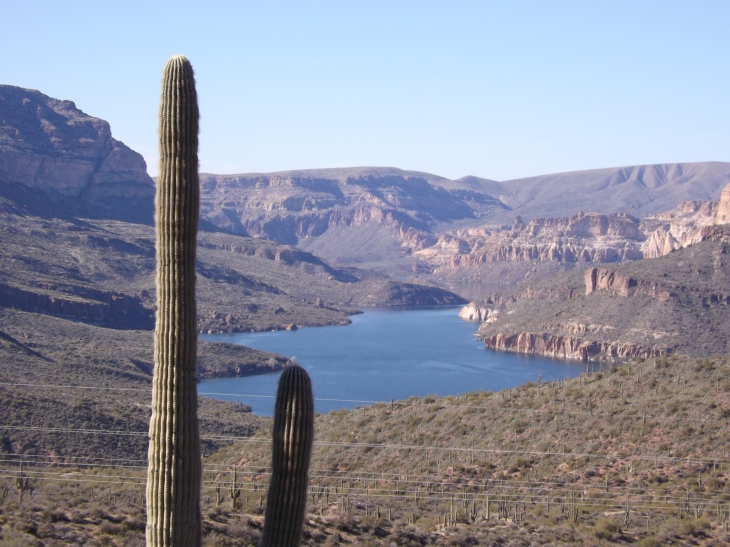 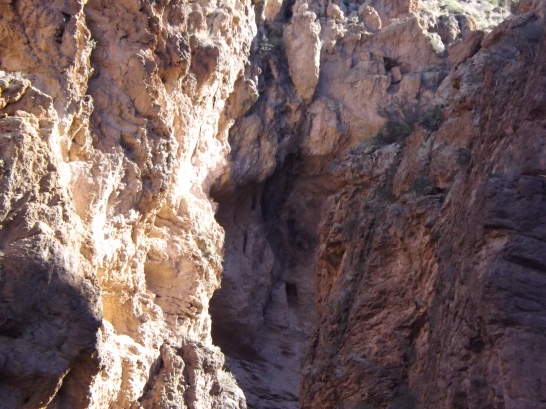 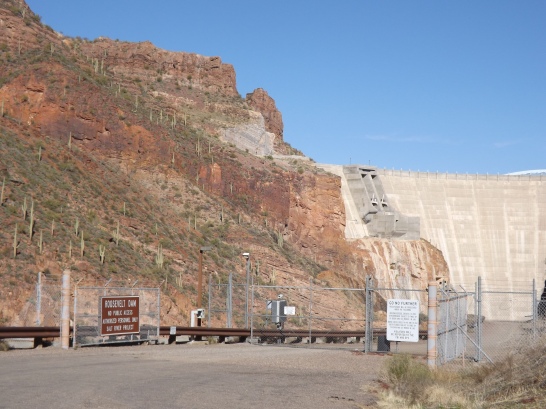 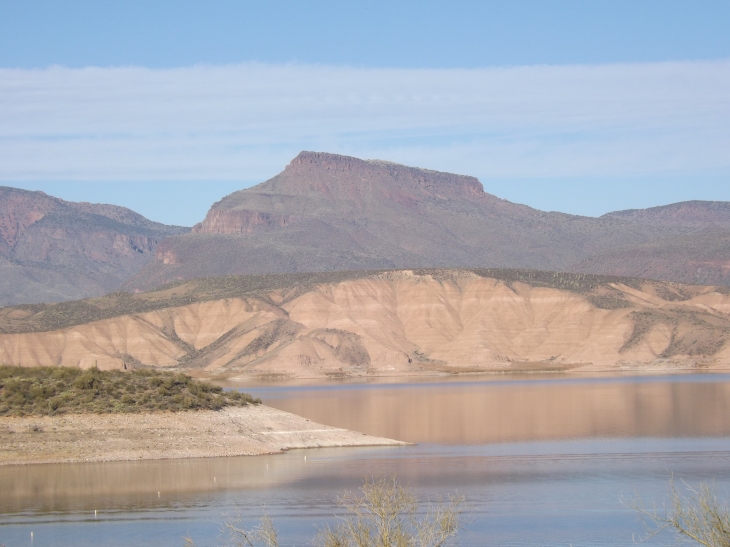 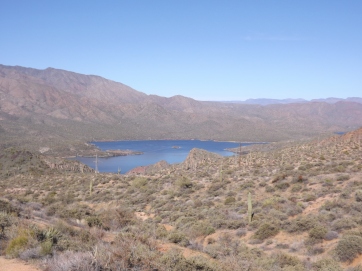 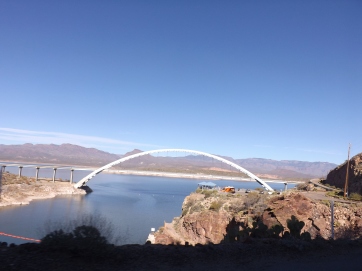 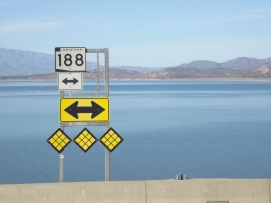 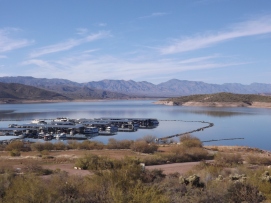 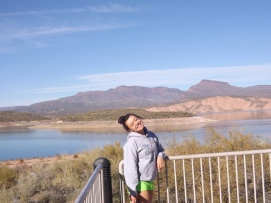 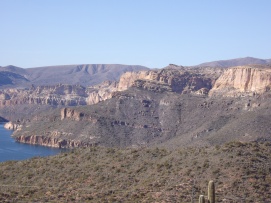 Arizona based adventure and lifestyle blogger View all posts by Paul